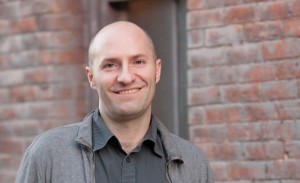 Minneapolis-based Filmmaker Chris Newberry is a graduate of Northwestern University, holder of a Masters Degree from the University of London, and twice a recipient of the Jerome Foundation Media Arts Grant.  His work has appeared on the Independent Film Channel, on the PBS series Independent Lens, and on America ReFramed,  as well as a number of local television outlets throughout the country.

On the heels of a successful film festival run, where the film took home six documentary prizes, Newberry’s first feature-length doc as director, American Heart, accepted invitations to screen at Global Health events around the country including a Washington DC symposium convened by the U.S. Department of State.  American Heart enjoyed a nationwide television broadcast on PBS’s WORLD Channel in 2015, and the film received a regional EMMY® Award in the Topical Documentary category.

Newberry’s latest directorial effort, Trusted Messenger, a co-production between Terminal One and Twin Cities PBS, follows a diverse group of health care professionals as they set out to convince at-risk communities to trust a health system that has historically failed them and embrace the COVID vaccine. The film is part of Twin Cities PBS’s 2020 Project and is being presented at community screenings in summer 2021. It will have its World Premiere in October.

His current project underway is the (untitled) Jacob Wetterling documentary, provides an intimate look at the impacts of a haunting, decades-old missing child case as a series of shocking developments unfolds in front of our eyes in 2015-2019. The film is Newberry’s third feature-length documentary and is currently in production.

Newberry also served as producer and director-of-photography on Norah Shapiro’s film Time For Ilhan, which premiered at the 2018 Tribeca Film Festival.

Newberry’s Medicine Box series of short films have been used in educational and outreach settings throughout North American and beyond.  Among the many institutions that have added the Medicine Box films to their curricula are Yale University, the U.S. Army, the National Institutes of Health, and the International Organization on Migration based in Geneva.

In addition to writing/directing documentary and narrative films, Newberry has worked for a number of years in the commercial sector, having designed and produced promotional video spots for such high-profile clients as Target Stores and Discovery Channel.  More recently, Chris has worked with clients in healthcare and related fields to promote unique initiatives and highlight community outreach through storytelling and video branding. 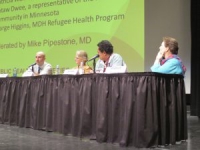